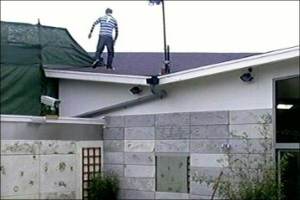 So, I didn’t quite make the Michael Marks Award. That honour rightly goes to Selima Hill for her outstanding Flarestack pamphlet.

Any (mild) disappointment was erased by the privilege of hearing an exhilirating, learned and empassioned speech by Ali Smith. She was one of three judges, alongside Jo Shapcott and Richard Price. A speech so good it was republished in yesterday’s Guardian. If you’ll forgive the egotism, here’s the bit that concerns my pamphlet:

Tom Chivers’s The Terrors (Nine Arches Press) is a prose-poetry fusion of 18th-century London and online modernity. Questioning notions of freedom and imprisonment, it fuses the inmates of Newgate prison with the inmates of contemporary online chatrooms. It makes for a new kind of street ballad.

I’m well proud of that last line especially. Thanks, Ali.

Had I won I would have thanked publicly the brilliant Jane Commane and Matt Nunn of Nine Arches Press. I may even have revealed how the publication came about. I sent one or two early poems from the sequence to my friend George. He then forwarded them, without my knowledge or blessing, to Jane. A few days later, she emailed me with the opening line (I may be paraphrasing), Thank you for your submission…

So basically without George it never would have happened. You should check out Nine Arches anyway. They do good work.

Oh, the photo at the top shows a contestant attempting escape from the Big Brother house. I’ve run out of images of Newgate Prison to illustrate The Terrors, but the pamphlet does begin with a quote about Big Brother and celebrity. You can order it here, or drop me a line and I’ll send you a signed copy.

2 thoughts on “A New Kind of Street Ballad”